The disturbance in the Gulf of Mexico has been upgraded to Tropical Storm Bill as of this evenings hurricane reconnaissance flight.  The storm is currently moving Northwest at 13 mph with maximum sustained winds of 50 mph.  Landfall is predicted to take place Tuesday mid-morning near Matagorda Bay.   Slight strengthening is forecast prior to landfall.
A Tropical Storm Warning and Coastal Flood Advisory has been issued for the Central and Northern Texas Coastline.  A Flash Flood Watch has also been issued for Houston/Harris County and surrounding Areas through Wednesday Morning.
Expected rainfall amounts for the Houston/Harris County area have have slightly decreased per model guidance to 5-7 inches widespread with elevated amounts in isolated areas.  However, higher amounts remain possible. 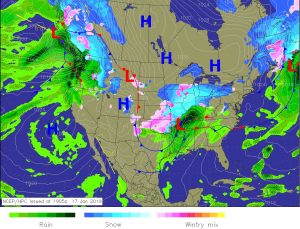 Expect A Cold End to The Weekend 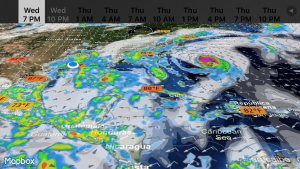 Keep An Eye On the Tropics This Weekend 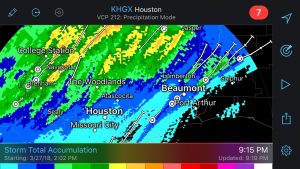 Get Notified for Free